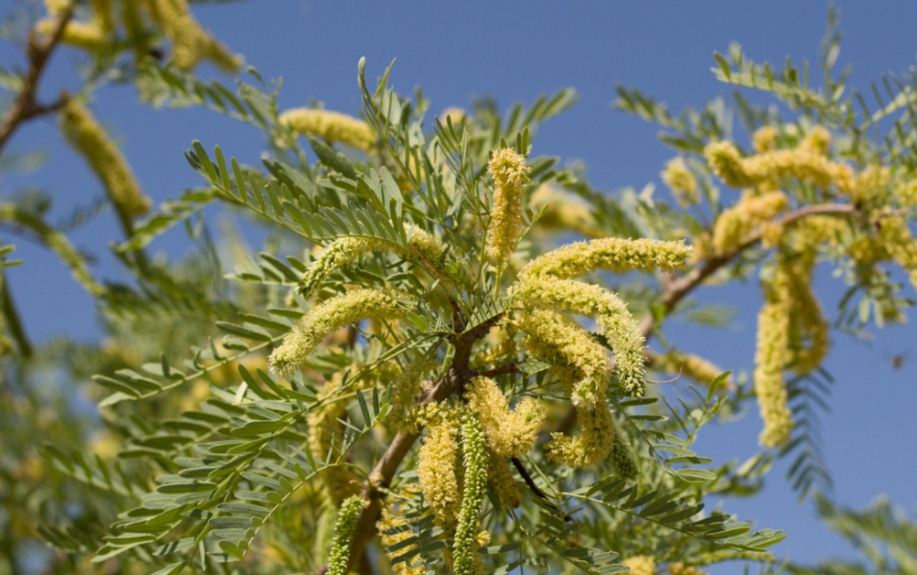 Is there a mesquite shrub or tree in your yard that you don’t want? Desert locations from Texas to California and Kansas to Mexico are home to mesquite trees, which have adapted to withstand the extreme heat and dryness, making it difficult to remove them from your lawn or garden.

Pruning down smaller branches until you reach the tree’s main trunk or basal stems is the most effective technique to eliminate enormous bush or tree-sized mesquites. Next, the mesquite should be chopped down to the stump and treated with a tree-killing herbicide within 30 minutes after the fresh cut.

BEWARE! The mesquite may grow thicker sprouts if the herbicide is not appropriate or promptly.

Isn’t it Simple Enough to Just Chop a Mesquite?

In the desert climates where they are prevalent, mesquite trees are hardy survivors. Mesquites have adapted to the challenges of dealing with erratic rainfall, hungry animals, and the sporadic attention of a gardener.

Their roots, for example, allow them to draw water from extremely deep wells. However, when their tops are eaten or hacked down, they can regrow.

That implies that no matter how many times you chop them down, they will continue to grow stronger and thicker. You’ll end up with more sprouts if you cut them more.

Look at the trunks of mesquite trees, and you’ll see a difference between those that had their tops hacked off (top-kills) and those that survived and grew to maturity with the least amount of harm. To get rid of Mesquite trees, try these five of my favorites.

Mesquite can be effectively eliminated in this manner, in my opinion. When a mesquite tree is felled, the only thing that works is the administration of herbicide directly onto its root system, as has already been mentioned above.

Russian Olive Trees, which thrive in arid climates, is another example of an incredibly hard-to-kill tree. The easiest approach to get rid of mesquite is to chop it down so that you may poison it at its root, which is where its renewal occurs.

Mesquite trees, especially the young branches, contain extremely long thorns that should be avoided. When it comes time to take the tree down, make sure you’re prepared by donning gloves and other protective gear.

You’ve got to be on your guard! Some tree-killing herbicides are more effective than others. Some don’t have the strength to remove the base of the stem.

Use of Tordon or 2-4-D is highly recommended. It is best to wait for a week or so before applying a 100% herbicide concentration to the outside ring of the trunk.

Check out this blog post for more information on Tordon. Mesquite is a strong wood, and it will quickly dull the blades of your tools.

The widespread use of tree-killing herbicides can be employed if a chainsaw is not powerful enough to cut the mesquite and apply the tree killer on the stump. But they are best suited for trees only a few years old or less.

2. Another option is to apply Weed Killer to seedlings.

As long as it hasn’t reached adulthood, mesquite can be managed like any other weed.

To prevent the plant from establishing deep roots, use a good weed killer like Round-Up.

However, as the mesquite tree matures, its roots become more extensive, making it more difficult to eradicate. The taproot of a mature tree can extend up to 200 feet underground!

Recommended: Uses for Jack-o-lanterns and Pumpkins after Halloween

3. Spray Herbicide on the Plants’ Foliage.

When the plant’s foliage is sensitive to absorption, a herbicide can be sprayed. About 45 to 90 minutes after bud break, Texas A&M AgriLife Extension says this occurs (when the leaf buds appear).

Trees use this year to move sugary compounds from their leaves to their roots. A healthy tree with dark green, dry leaves is ideal for herbicide application.

Check whether the tree isn’t expending any energy on producing new growth or leaves. Not new leaves, but root uptake of the herbicide from leaves via phloem is the goal.

For elder trees, this strategy does not work very well. Adding food coloring or other dye to the chemical will allow you to see where the chemical has been sprayed and where it has not.

4. Herbicide on the base of the stem

Another option is to use a powerful herbicide like Tordon or 2-D-4 to saturate the tree’s lower 12 inches of trunk. A single or two basal stem tree is most suited for this technique.

Both of these approaches leave you with a dead tree in your yard, or part of the tree regrows since some of the trees didn’t receive the chemical treatment that the other half of the tree received. After the Tordon has dried, the treated area is safe for pets.

When you use a saw or a tractor to cut down a tree, you utilize mechanical methods. Using a tractor plow to remove mesquite plants or trees is another excellent option. Although it may be difficult for folks who don’t know any farmers to use a plow to break up the blossom zone on mesquite plants, it is possible.

However, if the mesquite is too large, it will need to be hacked down for the tractor to simply plow it under without tangling. Contact a local farm supply store to find out what possibilities are available in your area.

Is it possible to get rid of mesquites by burning them?

When you burn mesquite, you can’t get rid of the plant’s bud zone.

The bud zone of mesquite (where rejuvenation occurs) reaches 12-18 inches below ground level on the plant’s root system. Even if the tree is destroyed, fresh sprouts will spring up in greater numbers.

Advantages and disadvantages of the Mesquite Removal Method

Preventing the Growth of Mesquite Trees

When it comes to mesquite trees, prevention is often the best strategy. A single mesquite bean pod can contain up to a hundred mesquite seeds. Being eaten by animals and subsequently expelled with whatever else they ate that day is the most common way of dispersal for this species.

Some seeds that wind up in the manure pile are viable, but not all. Seeds can germinate if placed in an area that receives enough sunlight, water, and a layer of soil.

As a result, how can you prevent it from taking root? Competition. An established plant in its path will impede the seed’s ability to germinate.

The best technique to keep mesquites under control is to maintain lush green grass. As long as the grass does not have any bare spots, no seed will be able to take root. A goat, or a herd, is another option for keeping mesquite trees at bay. The number of goats you need will depend on your situation.

The thorns on young mesquites can grow up to three inches in length. Goats will eat practically anything, but they won’t eat anything with thorns in it because their tongues are too sharp for that.

On the other hand, they have a thing for mesquite bean pods. According to the Noble Research Institute, goats ate more pods than cows, horses, or sheep did in the survey.

It is possible for some animals, such as coyotes and deer, to eat the bean pods and defecate some of the seeds. Many beans are lost to decomposition after being eaten by goats because their digestive systems remove most of the seeds.

Consider the advantages of mesquite trees before you run out and buy a herd of goats or break in your favorite chainsaw. Mesquite trees have been a vital source of nourishment for Southwestern Native American cultures for millennia.

The dried bean pods would be ground into flour and used to make little cakes, thicken stews, or fermented beverages by the indigenous peoples of the Americas. Many people are now including quinoa in their diets as a source of high-quality protein.

As a gluten-free alternative to soybeans, mesquite beans provide 35% more protein per cup. Jams and jellies can be made with them. It’s worth noting that while the bean pods are sweet and tasty, the seeds are like small rocks.

I destroyed a blender by trying to ground the pods down. Make sure to remove the seeds before grinding if possible. The surprising advantages of mesquite don’t stop there.

Native Americans used its black sap to make an antibiotic and leave to make a tea that relieved headaches and stomach problems.Mesquite trees, some of which reach over 20 feet when properly managed, are excellent shade trees.

The key is to remove all but one or two of the tree’s primary trunks by careful pruning.If you keep pruning the tree, it will grow a lovely canopy that will provide wonderful shade in the summer.

The wood byproducts from cutting down the mesquite tree can be used in various ways.As durable wood, mesquite is an excellent choice for woodworking tasks.

It’s up to you how big the tree is, but the wood can be used to construct everything from chairs to tables, and even tool handles.

Cooking can also be done with wood. Using mesquite in the cooking process imparts a particular flavor to the cuisine. You may use it to make delicious smoked meats with this smoker.

While working with mesquite, a word of caution: never use a wood chipper. A wood chipper may have difficulty processing mesquite because of its hardness.

In the winter, you can use mesquite wood in your fireplace. Mesquite’s moderate yet powerful heat makes it an ideal fuel for a winter fire.

Recommended: How to Get Rid of a Palm Tree

Once the seedling has emerged, pluck the little sprouts (while wearing gloves) for mesquite control management. Prune back any regrowth from failed attempts as soon as it is tiny enough.

It doesn’t matter what method you choose to get rid of them; you must always be attentive to prevent them from returning to your property. Even though these trees have figured out how to thrive, you can manage them with a little yard work.

The next time you have a BBQ with brisket or brisket-flavored brisket, don your gloves, take your chainsaw, and get to work clearing your yard of mesquite.